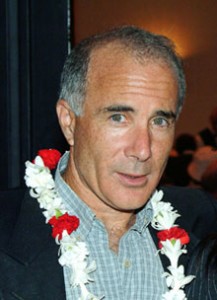 Founded in 1981 by Robert F. Kay, Pac-Tech Communications, LLC is a public relations firm with offices in Honolulu. We’ve worked with firms ranging from start-ups to public companies in a number of different spaces. This includes alternative energy, health, medicine, IT, telecom, life sciences and real estate.

Our firm exists to harness the power of the media for our clients. Our job is to place our clients in newspapers, blogs, magazines, television and on the radio. We are creative, proactive and thoughtful. We write regular columns and Opinion Editorials for all major publications in Hawaii. We also work closely with the Mainland press. We enjoy long standing relationships with national business publications such as the Wall Street Journal, Forbes, Fortune, Barron’s,Washington Post, NY Times and a host of others.

Hailing from San Francisco, Robert (Rob) F. Kay has been a communicator since 1975. He began his journalism career with the San Francisco Chronicle Foreign Service and later worked as a radio journalist in Sonora, California for radio station KVML-KROG covering topics ranging from California’s lingering drought to the local County Board of Supervisors. Seeking more adventure, he traveled to French Polynesia and Fiji, covering the islands for Pacific News Service, NBC Radio, New Pacific and the San Francisco Chronicle.

His two-year sojourn in the South Pacific led to penning travel guides on Fiji and Tahiti for the Lonely Planet series. In 1986 he was the recipient of the Lowell Thomas Travel Journalism Award for his Fiji Travel Survival Kit.

Wishing to expand his scope beyond travel journalism and using skills learned as a freelance writer, Rob segued easily into to public relations. As an early adopter of the personal computer (which he used to write his guidebooks) he began working with small software companies in Silicon Valley, Arizona and Utah. Feeling the call of the Islands once again, in 1994 he set up a branch office in Honolulu in and quickly ensconced himself in Hawaii.

Some of his professional highlights include:

Rob is a contributor to the Op-Ed pages of the Honolulu Star-Advertiser, Pacific Business News and Mainland publications such as the San Francisco Chronicle and the Wall Street Journal.

Rob is a student of Jungian Psychology and Tibetan Buddhism. He swims at Kaimana Beach, practices yoga, grows vegetables in his backyard and enjoys an occasional visit to the Koko Head Shooting Range.

He is an advisory board member of the Hogan Entrepreneurship Program at Chaminade University and their mentor in residence. He contributes his skills to the Entrepreneurs Foundation and other non-profits.